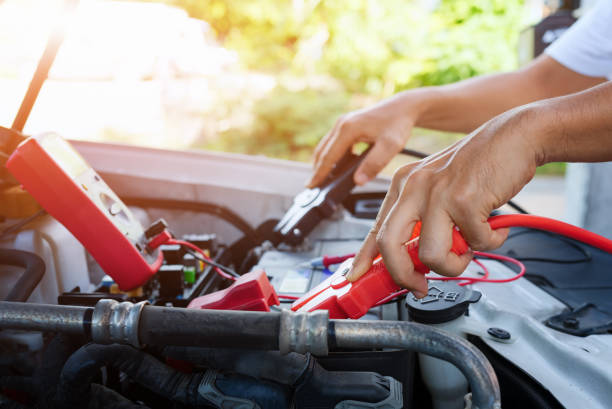 Your battery can stop working or fail due to a number of reasons. Changing temperature, malfunctioning alternator, overlooking periodic service and maintenance, formations of lead crystals are some of the reasons a battery may fail. Failure of a battery lands you in a difficult situation. Jump starting the car is an effective method in such a scenario. While trying to jump start your car on your own you have to do it in a systematic manner following a set of procedure. While opening the hood of the car if you find any major issue with the battery (like being corroded, any leakage and so on) or if you are apprehensive to jump start the car on your own it is better to get help from a service provider instead of getting into more trouble. Champions Car Battery Services offers professional and efficient jump start car service. You can contact us with complete confidence. There are many risks involved while trying to jump start a car on your own. With us your car and you are in safe hands. We provide the best service of car battery change Abu Dhabi.

6 Tips That Can Help You With Car Battery Life

Winter Weather? Try These 5 Tips for Jump-Starting Your Car

Copyright All right reserved
BACK TO TOP